To my surprise and relief, all of my family’s ideas about who we are and where we came from were true. My Ancestry results were so amazing to receive being that I was mostly Scottish, at 52% UK bloodlines, about 25% Eastern European, which I suspect comes from my grandfather who is Czech, and a mixup of other European genes with Italy and Greece being a surprise 10% of who I am. Knowing solid scientific proof backs up what I’ve grown up learning about makes my family’s story all the more rich and enticing.

On my Dad’s side, I found that my great-great relatives were from Austria and Canada. This side of my family is hard to pinpoint, especially since Ancestry couldn’t find a “community” for them. However, it is strongly insinuated that the Everts/Chinn family sailed into Canada from Scandinavian countries, and a lot of Scandinavians were known to make homes through Minnesota and Wisconsin. It was speculated that the name Chinn was actually a Scottish name like O’Shannon, and that the customs officers in America made a mistake when they first arrived in New York. This is a story I consider “missing” in my family.

My Dad also raised us making jokes about the “Scandihoovians” he knew and loved as a kid growing up in Minnesota and North Dakota. My Dad’s father, however, does have strong roots of Austrian bloodlines on his side. The Limonds came to Canada from Scotland some time in the early 19th century. Their name derives straight from the Lamont clan of the highlands of Scotland, and Limond was probably another change the American customs made to the name when they first arrived. I have yet to meet many other Limonds in the United States, let alone Ancestry. I think the name is special and somewhat rare.

Lucky enough for me, I was able to match with another Ancestry user that was most

likely a distant cousin on my mother’s side. After chatting with her and seeing each other’s family trees, we were able to explore our history and make a lot of connections. I eventually found out she knew my grandmother personally, and a lot of my tree’s information was taken straight from hers! This was an amazing discovery, and I was glad I could meet family over this platform.

On my mother’s side, my grandmother is related to the Dumbecks and the Vermeerschs, which originally hailed from Belgium. Her maiden name, Vermeersch, comes directly from my great grandfather who was born in Belgium. My great grandfather served in World War I, but I couldn’t find much information on that either, so I consider this a “missing” story. The Dumbecks were on my great grandmother’s side, and I wasn’t able to find their origins. My grandfather’s relatives were originally from Czechoslovakia, but sailed out of Hamburg, Germany on the Westphalia to New York City in the late 19th century. From here, the whole Buchtela/Housar family moved to Iowa. Most of them grew into the farming lifestyle, or worked in small stores. From the census reports it’s also hard to pinpoint exactly what they did making their living, but from my grandfather’s stories, most of my family on that side grew up on a farm raising livestock. Much of this history is rooted deeply in my own life story. As a child my mom always had a passion for horses and has always competitively ridden them and breed them. I grew up on a ranch myself.

My father also had a rural lifestyle growing up in North Dakota, and his step father also owned a ranch he worked at as a young adult. I take pride in knowing my family has a long history of animal care and farm life, since this is such a defining part of me.

My grandfather also grew up with parents who spoke Czech, but he only remembers a few words such as “hello” or “thank you”. He says his parents strongly believed that when you moved to a country, you had to adopt their practices and their language (to truly become Americans).

On both sides of my family, the belief systems are all the same: Christian. My mother was raised Catholic and my dad was raised Lutheran. I was raised as a conservative Christian. I think all around the board it was obvious that I would be from a family with this belief system since my ancestors were primarily white Europeans. 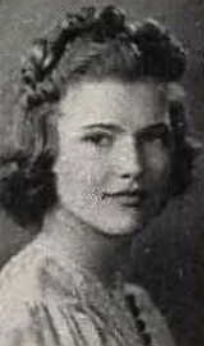 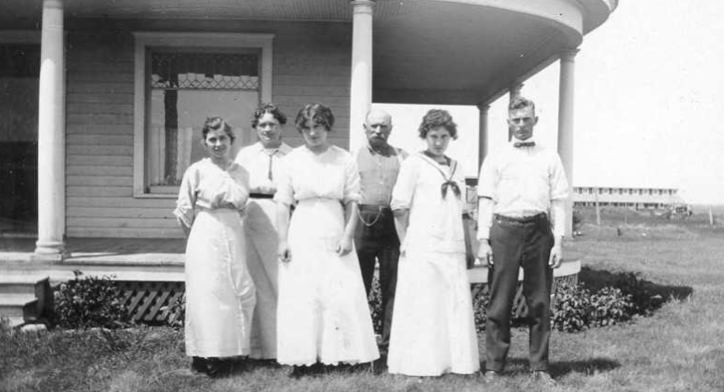 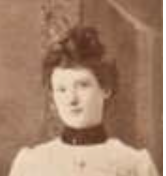 My great uncle’s family, the Housars.

I would say my personal interests definitely relate back to my family since I value my family history so much. After travelling to Scotland last winter, I found a deep connection to the highlands and the culture than I thought I would. This is part of the reason I was hoping my father was correct in saying we were Scottish, and I am proud to say the Lamont clan was my ancient family. I’ve also become more of a tea drinker in recent months, if that has any funny correlation whatsoever!

I’d say us as a class as well as a nation are connected in many ways, the primary one being that we are almost all immigrants in one way or another. This struggle is still prominent in today’s society and it will always be a large characteristic of who we are as humans and in what it means to be an American.

Obviously, having a social awareness of who you are in society as well as how vastly different others are just in your country is crucial to good journalism. I think that all Americans should take the time to go through this experience, but journalists in particular could take a lot away from this enriching DNA test. Journalism has often been blamed for being one sided even in modern times, and as a reporter, it is unacceptable to leave people out of the story. Diversity is a part of our life and can aid in writing an inclusive story of a community that a reporter might not know much about. I think to keep in mind that we all have backgrounds from beautiful histories and bloodlines from around the world could result in peace and understanding just in our everyday lives, as well as in the news media.

One thought on “What Have I Learned? by Amanda Limond”